City council in Brampton meets today to pick a facilitator to try and find some common ground on the proposed LRT.

The full article is available on CHEX TV's website.

Mayor Linda Jeffrey said this morning that the people of Brampton should decide whether the city should move forward with a Light Rail Transit (LRT) line along Main Street into the downtown.

The full article is available on the Brampton Guardian's website.

With the province warning that Brampton has to make up its mind “urgently” about whether to accept a new transit line, the city’s council is moving one step closer to a decision on the politically contentious project.

The full article is available on the Globe and Mail's website.

Congratulations to our municipal clients across British Columbia on running great campaigns! We were proud to support candidates running across the province at all levels including for mayor, council, school board and park board. Our successful clients included:

Congratulations to all of our clients in the Ontario municipal elections, including:

Congratulations to our client Yes Scotland on a brilliant campaign that has engaged millions of Scots in a dialogue about their future.

Congratulations to our successful clients in the 2014 Ontario election! 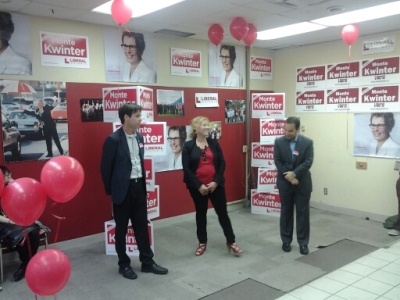 Sensographics: Demographics Based on Sense

Use of demographic information to inform targeting is virtually everywhere and increasingly precise. Demographics help us to understand past results, choose issues, target and customize messages and understand their differential impact on the electorate. Two factors may prevent your campaign or clients from harnessing the power of demographic data – limited campaign budgets and electoral or privacy legislation in jurisdictions outside of the United States. Faced with both of these constraints, we developed an alternative methodology for the collection and use of this important information.